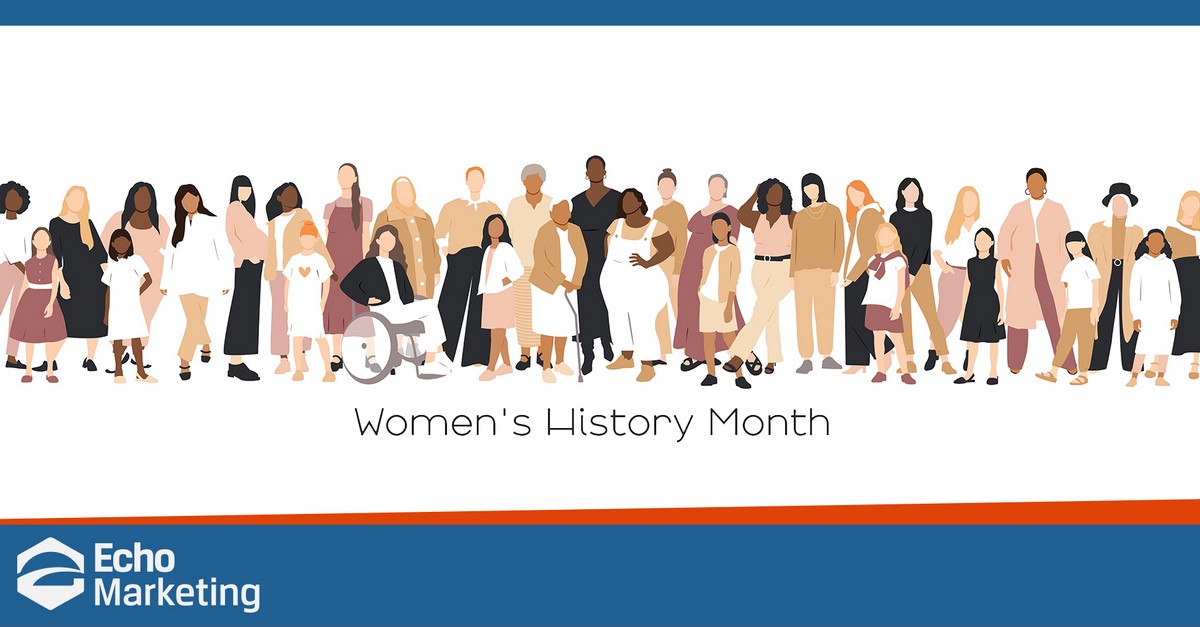 Born out of a weeklong celebration in 1978, organized by a Sonoma, California school district, Women’s History Month has grown to what it is today:

A time to honor, celebrate and recognize the overlooked contributions that women have made to our society.

Women everywhere have far too often been cheated out of the recognition that they deserve, and to this day, are still looked upon as ‘lesser than men’ in various parts of the world.

How can we change that? We can recognize and celebrate the women who work in politics, education, medicine and business, the same way we do the men; we can honor the women who have played prominent roles throughout history and shaped society into what it is today.

Women like Ruth Bader Ginsberg, Supreme Court Justice from Brooklyn, NY, who dedicated herself to fighting against gender discrimination after being the victim of it early in her professional career. Working tirelessly, Ginsberg became the first female tenured professor at Columbia Law School. She served as the director of the Women’s Rights Project of the ACLU before making her way to Washington D.C.

Ginsberg stood on the shoulders of the women that walked before her, women like Eleanor Roosevelt, most famously known for transforming the once conventional role as First Lady to being a much more prominent member of the administration. In a word, Roosevelt was compassionate. She cared deeply about people and devoted her life to activism. She served on the board of numerous organizations such as the NAACP and the Advisory Council for the Peace Corps. Roosevelt served as a U.S. delegate to the United Nations and was heavily involved with the Democratic party for the entirety of her life.

Another prominent woman within the democratic party, Barbara Jordan, spent the majority of her professional life as an activist as well. Awarded the Presidential Medal of Freedom in 1994, Jordan became the first ever Black woman elected to the Texas state senate and the first Black Texan in Congress. A trail blazer in her own right, Jordan was appointed to the House Judiciary Committee and gave the powerful opening statement at the impeachment hearing of Richard Nixon. Jordan was a passionate and intelligent woman, an eloquent speaker, and a champion of women’s rights.

Ruth Bader Ginsberg, Eleanor Roosevelt, and Barbara Jordan are just a few of the many influential women who have played pivotal roles and made historic contributions throughout our country's history.

To learn more about their lives, check out the links below.

Barbara Jordan: Speaking the Truth with Eloquent Thunder | RGB | Eleanor Roosevelt: In Her Words: On Women, Politics, Leadership, and Lessons from Life